The Elan Valley (Welsh: Cwm Elan) is a river valley situated to the west of Rhayader, in Powys, Wales, sometimes known as the “Welsh Lake District”. It covers 70 square miles (180 km2) of lake and countryside.

The valley contains the Elan Valley Reservoirs and Elan Village, designed by architect Herbert Tudor Buckland as part of the same scheme. Elan Village is the only purpose-built Arts and Crafts “Model Village” in Wales.

It is also famous for its picturesque scenery. Over 80% of the valley is designated as Sites of Special Scientific Interest, and a popular cycle trail, the Elan Valley Trail, makes a loop from Rhayader around the reservoirs. Part of the trail overlaps with a spur of National Cycle Route 81 (Lon Cambria).

The Elan Valley Reservoirs are a chain of man-made lakes created from damming the Elan and Claerwen rivers within the Elan Valley in Mid Wales. The reservoirs, which were built by the Birmingham Corporation Water Department, provide clean drinking water for Birmingham in the West Midlands of England. The five lakes are known as the Claerwen, Craig-goch, Pen-y-garreg, Garreg-ddu, and Caban-coch.[2]

Water from the reservoirs is carried by gravity to Frankley Reservoir in Birmingham via the Elan aqueduct. Pumping is not required because the network drops 52 metres (171 ft) along its 73 miles (117 km) length from its source to Frankley. A gradient of 1:2300 maintains a flow of less than 2 miles per hour (3.2 km/h); water takes one-and-a-half days to reach Birmingham.[3] The aqueduct, which was started in 1896 and opened in 1906, crosses several valleys and features numerous brick tunnels, pipelines, and valve houses.[4]

Work to build the Elan Valley reservoirs was undertaken because the rapid growth of the industrial city of Birmingham in the late 19th century had led to a lack of available clean water. Numerous outbreaks of disease prompted Birmingham City Council to petition the British government which passed the Birmingham Corporation Water Act in 1892. It allowed the Corporation to acquire by compulsory purchase all the land within the water catchment area of the Elan Valleys. Thousands of navvies and their families lived in the purpose-built Elan Village during the construction of the first four dams at the turn of the 20th century. In 1952, the Claerwen dam was opened by Elizabeth II in one of her first official engagements as monarch.

Drinking water from the Elan Valley is noted for being exceptionally soft. However local supplies in surrounding areas in the West Midlands, not served by the Elan aqueduct, are noted for hardness.[5]

The reservoirs are now owned and managed by Dŵr Cymru Welsh Water. The water filtration works further down the valley is run by Severn Trent Water. 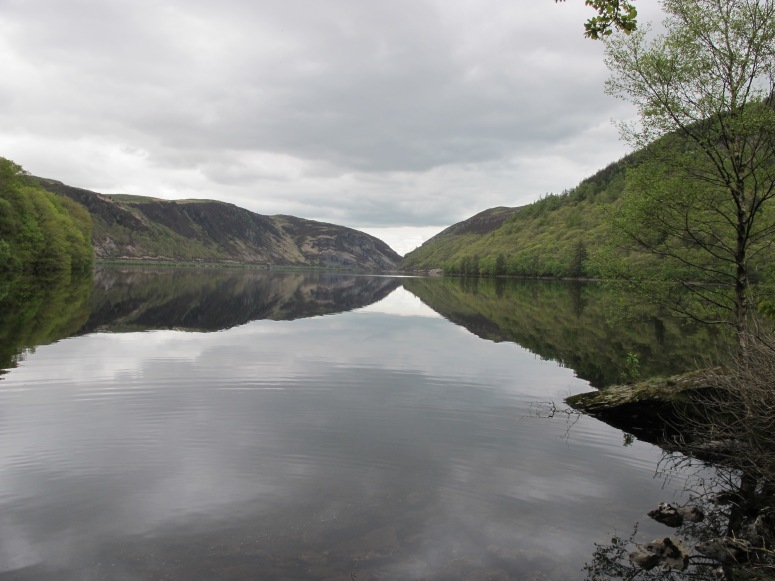